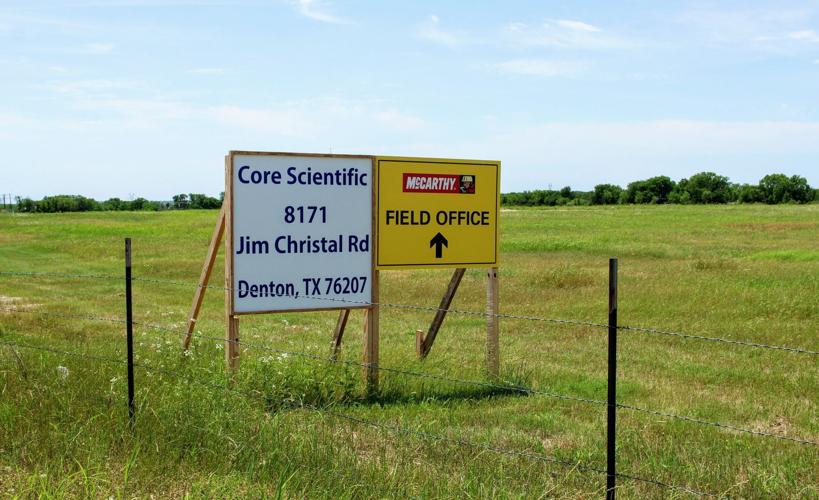 Core Scientific, a crypto mining company, saw its stock plummet rapidly after the national crypto crash. It was busy building the second phase for its Denton data centre, and it fell to $2 per share.

According to MarketWatch , the stock value has dropped more than 78% over the past year. Denton residents are stunned by the news. The company is expected bring $8 million in net revenues to Denton Municipal Electric, and an additional $8 million to $10million to the city’s general funds annually over the next seven-years.

Core Scientific’s 31-acre lease near DME’s Denton Energy Center will provide a large portion of the cash, while the remainder comes from the sale of company electricity that the mines use. The initial phase of the project runs at 22 megawatts. The full buildout is expected to draw 300 megawatts before the end of this year. The city would lose the funds it expects if the company pulls out of the project, or slows down production in the crypto downturn.

Tony Puente, general manager at Denton Municipal Electric, stated that if market conditions don’t favor them continuing investing, they might not use the 300 megawatts. If that happens, then that consumption will go down. “Ultimately, it is tied to how much electricity they consume – that will determine how much revenue you get.”

In August 2021, the Denton City Council approved the lease agreement and power purchase agreement with Austin-based crypto company. The details of the deal were not disclosed, but it was expected that the revenue would help maintain utility rates stable after the $140m debt incurred in February 2021 during the winter storm. DME currently pays $7 million annually towards this debt for the next 30 year.

Puente stated, “Obviously, if revenues do not materialize at any point, either in full or part, then we will need to look for other ways to continue our debt service obligation.”

Puente stated that there is no reason for the city to believe Core Scientific won’t continue with its plans in Denton. The future of crypto players is uncertain with the market experiencing a $2 trillion crash, and Bitcoin losing almost half its value within a matter of months.

Cesare Fracassi is the director of the Blockchain Initiative at University of Texas at Austin’s McCombs School of Business. He stated that ‘Like every industry, when commodity prices fall, then some of these mining companies which operate at a high price are going to close down.

Fracassi stated that crypto is volatile like oil and that low share prices today do not mean the market will not recover. Core Scientific has lost money due to the intense competition in crypto mining, especially in Texas. In the hope that the massive power draw of the mining centers would encourage more power plants to be built, politicians and elected officials have tried to make the state as bitcoin-friendly as possible.

Proponents claim that bitcoin mines can also help stabilize the state’s power grid because they can turn off the grid and sell any unused electricity back the grid operator, The Electric Reliability Council of Texas.

Core Scientific didn’t respond to requests for comment on its Denton operations. However, the city is confident that the miners won’t be leaving.

Puente stated that the developer was continuing to proceed as planned. He has not given any indications that they aren’t going to make the investments that they promised.

According to market watchers, the future of crypto space depends on whether the current downward trend continues.

DME will present to the Public Utilities Board its proposed budget, along with proposed rates, Monday. In July, the board will make a recommendation to Denton City Council. The council will then adopt the finalized budget by September.